In Episode 2, listen to Mandi Wooledge, Decision Logic’s President and COO, talk to Garrett Mills, President and CEO of Chandler Hospitality Group, and Matt Thompson, Director of Operations at RibCrib.

I know that COVID has affected our industry in many ways, and you guys definitely were bobbing and weaving from the get-go to try to work through some of those challenges. Can you tell us a little bit about some of the bigger challenges you faced as an organization and the things you saw your team do to overcome those challenges, as well as and ideas that came from those?

Yeah, I would say our biggest challenge — we currently operate in seven states — and through COVID, especially the beginning of COVID, mandates and regulations were city by city.

To keep up with the ever-evolving mandates out there, we shifted our training department into what we call the COVID Task Force, and they were in charge every single day. They went out and either called the health departments or visited city and state sites to find out exactly what was changing on a day-to-day basis. They were able to keep our executive team, and more importantly our unit-level teams, 100% up to date on that information. The neat part of that is it was all coming from a single source, so everyone knew who to call if anything came up COVID.

I would say the biggest problem now is really fighting COVID fatigue. We need to ensure the health and safety of all of our customers or guests and employees is primary, and that extends to mental health too. I think in many industries we’re facing extreme burnout with the ever-changing, evolving things going on with COVID right now.

On the Impact Partners Have on Innovation, Technology, and Brand:

I think it relies on innovation. There’s certainly more to partnerships than just an ability to be innovative. I’m sure there’s great innovators that are bad partners. I don’t mean to simplify it to just one aspect, but I think when we talk about technology, and we talk about data acquisition, and we talk about us as an organization, being able to truly use and leverage the information that we’re able to acquire has to start with innovation in partners that think of things differently than in the past.

The restaurant business has been around for a long time and will continue to be around for a long time. So it’s not enough just to be in the business, you need to find a way to put yourself ahead of the competition, whether it be what you do that the customer can see from a branding and kind of facility standpoint, but also what you do from what the customer can’t see but is potentially influenced by. I think the partners that are going to matter in the long run, and certainly in the years to come, are those who truly leverage that information to make an impact for the customer as a restaurant group or restaurant.

Treating Employees as If They Were Customers:

You guys have taken massive steps to be an employer of choice. Anywhere from the benefits that you offer, the continued change in what you’re supplying to the customer, listening to your guests as well, but also listening to the staff and making sure that they have the tools necessary to do their jobs so they feel more comfortable supporting the customers you have walking in the door. Then you’re also adding those things in the background that the guests don’t see.

You guys have taken a lot of really, really big steps over the years to continue to evolve and innovate in that aspect as well. So hats off to you for those choices.

I think you bring up an important part of our business that oftentimes isn’t necessarily heavily discussed or debated. Usually, most of the conversations stem from how restaurants service the customer. I think how restaurants service their employees is an important part of the conversation as well, because we don’t just compete for customer business, we compete for quality employees.

You can make that statement about other industries too, but it is highly competitive for us as well from an employee standpoint. And oftentimes we struggle with finding quality employees. I think you’re right. We also want to make steps to make sure we’re an employer of choice, not just a restaurant of choice.

On Maintaining Support to the Community During the Pandemic:

Among your teams or even your partners during this extremely tough time, is there anything that stood out to you guys as super inspiring that either an individual or a group of people did that really blew you away?

I think it was June or July, there was a local police officer that was killed in action. He was a customer of one of our stores. We stuck with kind of what our response would be even if we weren’t in the middle of a pandemic, which was we gave 100% of our profits for an entire week to charity that went towards this fallen police officer’s family. So that sticks out to me only because even though times have been tough, I think it’s inspiring for our company to be able to lean into our culture of giving back and not stray from that.

And I have to throw another example out — that culture stems from the top and we push it down as far as we can. I had a store in a small town, Duncan, Oklahoma, where they had a mental health facility there and something happened in the kitchen. Stuff quit working, and they had to make a panic order for 50 sandwiches for the people that were assigned there.

Of course, we took that and said absolutely, and we actually had one of our cooks decide that they wanted to pay for it too just to give back. And so those type of acts, though they stem from the top, they’re all the way down through every aspect of our organization.

As President and CEO, he is focused on innovation and future growth for each franchise. Throughout his career, Mills has worked across operations, strategy, investment management, as a franchise owner, and also as a professional athlete for the National Football League.

“It has to start with innovation in partners that think of things differently than in the past. It’s not enough just to be in the business, you need to find a way to put yourself ahead of the competition. How do you truly leverage that information to make an impact for the customer?”

Matt Thompson is the VP of Operations at RibCrib. Boasting nearly 30 years in the restaurant industry, he has been with RibCrib for almost that long. In fact, he joined the RibCrib crew in 1994 — only two years after its founding.

As VP of Operations, his role includes setting and managing the strategic vision for the company, directing day-to-day operations, and managing partner relationships.

“Culture stems from the top and we push it down as far as we can.”

Listen to the full episode above, on your favorite streaming platform, or watch our companion video for the episode here.

Chandler Hospitality Group is a multi-concept restaurant group based in the Southwest United States. Founded by Bret Chandler in 1992, CHG features a 55+ location BBQ chain, a growing craft burger kitchen, and is actively developing additional concepts. 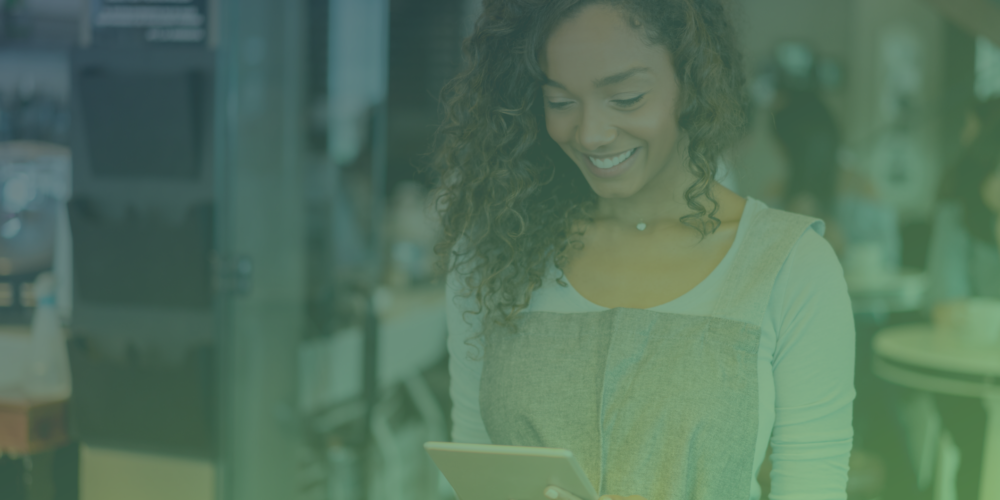 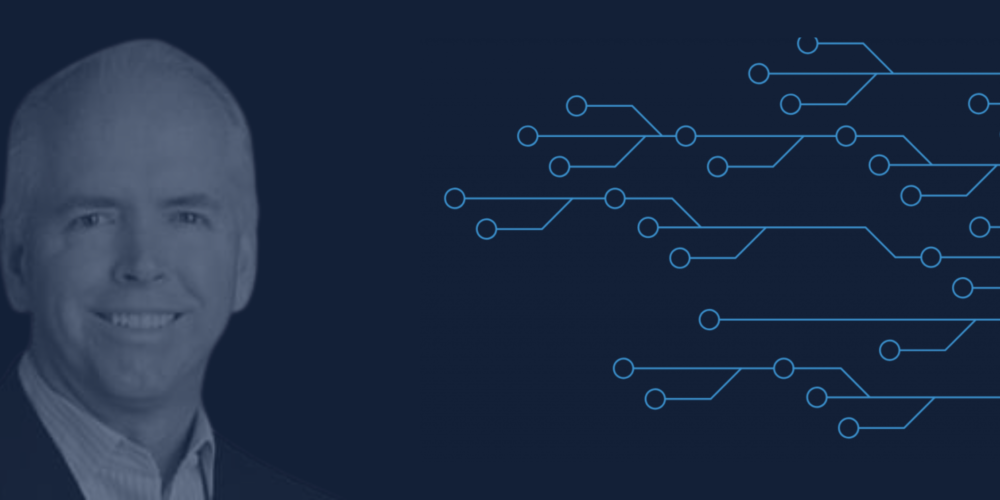 Mike Dixon is the CFO at Focus Brands and has been with the company since 2016. With 20 years of Read more 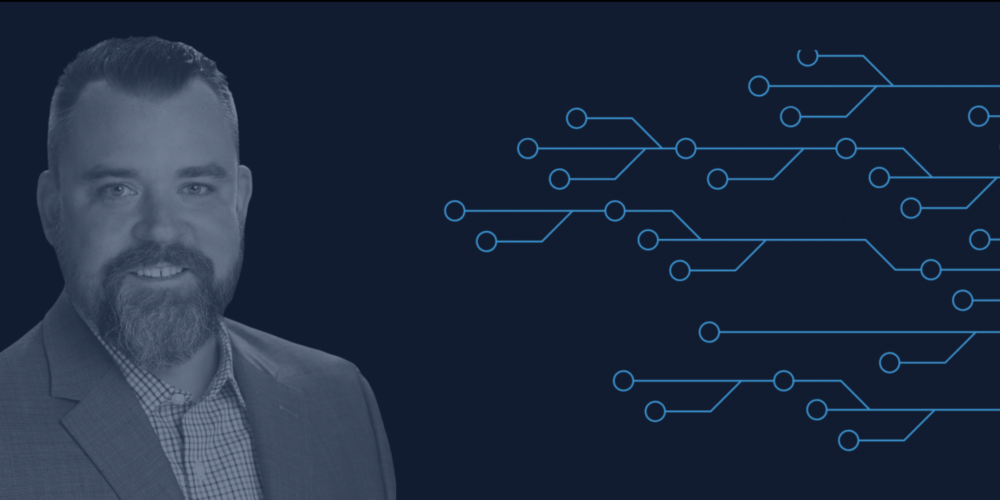 Garrett Fadden is the VP of Retail IT at Focus Brands. He has been in the restaurant industry for over Read more